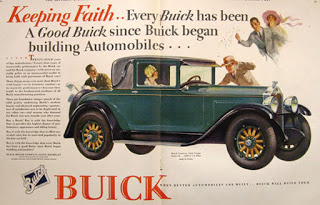 An early peek at two more pages (133-134, Chapter 19) of Carrying Albert Home just for our Facebook, Twitter, and HomerHickam.com friends plus followers of this blog. 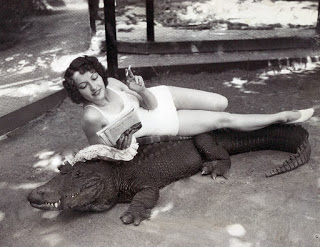 A little background before we begin: Elsie has been kidnapped by a handsome whiskey-smuggling driver of North Carolina’s infamous Thunder Road. Homer has escaped the driver’s brothers and, with Albert and the rooster, speeds off to rescue Elsie. But when the Buick breaks down deep into the night, Homer has no choice but to go on foot down an empty and very dark dirt road. Carrying Albert and the rooster, he at last collapses on the front porch of a farmhouse until sunrise. And then…

When Homer awoke, it was to the sound of several roosters crowing. The sun was creeping up above the pasture across the road. When he heard a noise, he found himself staring into the pale gray eyes of a gaunt man dressed in coveralls sitting in the rocker beside him.

The man had a strange kind of face and Homer thought he’d never seen the like of it. He had skin that was white as plaster and his hair was also white, so white it looked like he’d stuck his head in a can of whitewash. He wasn’t an albino, Homer didn’t think, because he’d heard they had pink eyes and this man’s eyes were gray, but, still, he had to be close to one.

Homer bent down and picked up his shoes. “I’m sorry,” he said. “I was just resting.”

“Oh, please stay,” the man said. His tone was friendly. “Our porch was made for comfort and it appears you’ve availed yourself of it. That pleases me.”

Homer put on his shoes, wincing at they pressed against his blisters. “My car broke down and I was walking,” he explained, “and got tired. I have to get to Charlotte as fast as I can. Can you help me?”

The man ignored Homer’s plea. “I also noticed that you have an alligator. And a rooster. It’s a quiet rooster. When my roosters crowed, it didn’t.”

“It does seem to be a polite bird,” Homer acknowledged. “The alligator is named Albert and is my wife’s pet. We’re carrying him home to Florida.”

“That’s why I need to get to Charlotte. She has been kidnapped by a man named Denver who runs the thunder road.”

The man’s mouth moved very slightly. It was almost a smile. “Yes, I know who you mean. Denver transports illegal liquor to Charlotte. He usually has a woman with him so he appears to be just an innocent family man. I suspect your wife is being used in that ruse, in which case you have little to fear from him. He is not by nature a rapist or a murderer. He merely likes to drive fast. I noticed you winced when you put on your shoes. Do you have blisters?”

Homer, relieved at the man’s good report of Denver, looked unhappily at his shoes. “I do. These shoes are pretty new and not really meant for heavy duty. How can I find Denver?”

“When he goes to Charlotte, he usually stays for about a week. I have heard he prefers the Sunshine Motel. Most likely, he’ll be there. My name is Carlos. What’s yours?”

Homer felt more relief at the confirmation of the Sunshine Motel as Denver’s destination. “My name’s Homer,” he answered.

Carlos clapped his hands. “Delightful! You are named after the original sage, scribe, writer, and poet! I, too, do a little writing. Tempest toss’d the tide of woman, precious ‘v’ of life and love, yearns a man with bended knees, succor’d fast the nectar of gods. I wrote that just last week.”

“That’s pretty good,” Homer said even though he didn’t really think it was.

“Do you write as well, Homer?”

“Well, I write in what’s called a mine diary. Captain Laird wants all his foremen to do it and so I do even though I’m not quite yet a foreman.”

“Can you give me an example of your prose?”

Homer thought about that, then said, “‘Loaded thirty-two tons on Three West. Water pump broke. Fixed with mine wire but liable to come loose.’”

Carlos looked skyward with an expression of rapture, even though the porch roof was in the way. Finally, he lowered his head and said, “Although it is difficult for me to follow, I sense great meaning there.”

Through the screen door, Homer heard the sound of light footsteps and then a woman stepped outside on the porch. Homer thought she was perhaps the most beautiful woman he’d ever seen. Her olive-colored skin was without blemish, her nose was majestic, and her lips were full. On her hands were gold rings set with stones that looked like they could be rubies and garnets. She wore gold bracelets of various designs on her wrists, a white kerchief on her head, and a blue silk robe around her exquisite body.

Homer stood, not because she was beautiful and exotic (which she was), but because he had been taught by his mother to always stand in the presence of a woman just met.

“Soufflé,” Carlos said, “we have a guest. His name is Homer and he is a writer. He travels with an alligator whose name is Albert. That rust-colored rooster with the bright green tail over there has no name—for there are many gods or angels unnamed—but is also his companion. Homer, this is Soufflé. She is my mistress.”

“I’m actually a coal miner,” Homer said, noting that Carlos had called the lovely woman his ‘mistress,’ and not his wife. He had never known a man and a woman who lived together without being married except for an elderly brother and his sister over on Anawalt Mountain, near Gary.

The woman studied Albert, who responded by looking back at her with much the same expression he used with Elsie, that of adoration. Soufflé then turned her eyes toward Homer, who couldn’t help but notice that her eyes were black as a bottomless well, a well in which Homer thought and even wished at that moment he might fall forever. He also had the unsettling sense that she knew exactly what he was thinking. 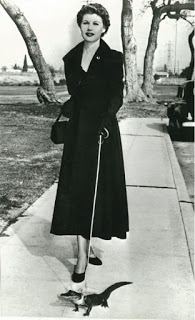 to discover when Albert will arrive at their stores! Thank you as always for your support.