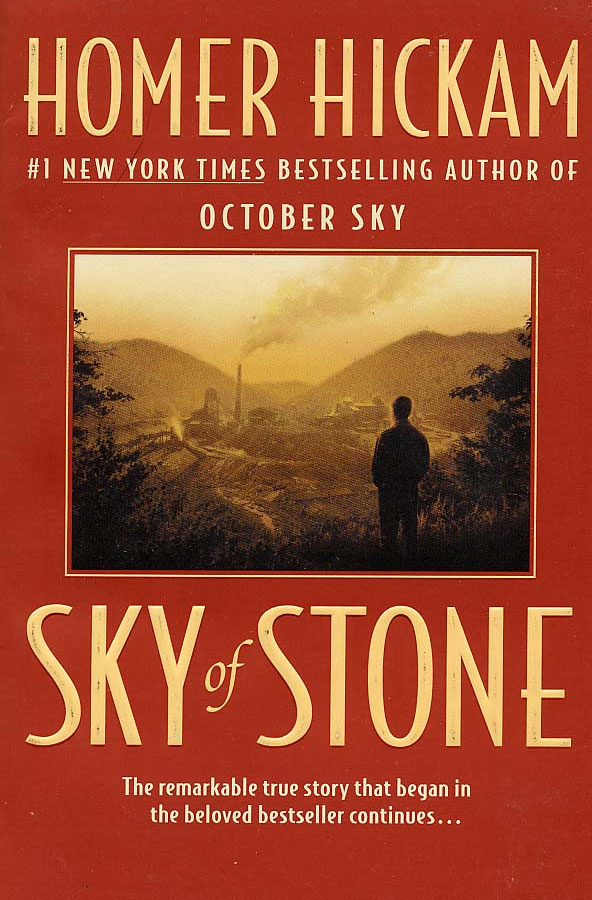 It’s summer, 1961, and Sonny Hickam is winding up his first year in college. He’s not the same boy who once launched rockets and dreamed of being a space engineer. In fact, he’s confused as to what he wants to do. All he knows is he’s looking forward to a three-month vacation at the beach helping his mother work on her new dream house. But to discover his future, he must return to his past. A telephone call sends him back to the place he thought he had escaped, the gritty little coal mining town of Coalwood, West Virginia. There he finds his father, the mine superintendent, under fire for the death of one of his foremen and the townspeople in conflict over the future of the town. It doesn’t take long before Sonny finds himself deep inside not only the puzzles and riddles of Coalwood but the mine itself! Cut off from his college funds by his father, he has no choice but to go to work in the mine as a common laborer. He is also mesmerized by a beautiful older woman who also has dreams, ones that Sonny hopes to share. As the summer passes, Sonny finds himself changing in surprising ways, including finding pride in being a “track-laying man,” the toughest job in the mine. But nothing is what it seems in Coalwood. Every time Sonny thinks he’s solved a puzzle, he turns up another one, from Coalwood’s “Secret Man” to the motives of his work crew in the mine. And then an old friend and an old enemy turn up, intent on destroying not only Sonny’s dad but Coalwood itself. To save his father, the town, and himself, Sonny must go deep inside the mysterious heart of Coalwood itself. The shocking answers he finds there will change his life forever.

From Publishers Weekly
Retired NASA engineer Hickam became a minor mass market celebrity in 1994 after a last-minute 2,000-word filler for Air & Space magazine (he spent three hours writing about launching homemade rockets in 1950s Coalwood, W.Va.) brought an avalanche of phone calls and letters. He expanded the article into 1998’s best-selling Rocket Boys, filmed as the critically acclaimed October Sky (2001). Four hundred schools now use his memoirs in their curricula. The latest episode takes place in 1961 during young Hickam’s first summer vacation from college, shortly after a foreman’s death at the mine that Hickam’s father supervises. Hickam (nicknamed Sonny) plans to read Robert A. Heinlein and meet girls in Myrtle Beach where his mother, Elsie, has a new dream house, but Elsie insists he return home since his father is being accused of negligence in the foreman’s death. Stuck in Coalwood, Sonny takes a difficult job laying track. Amid Sonny’s travails with unrequited love, the track-laying competition and being stonewalled by his father and the locals when he asks anything about the death, state and federal inspectors arrive to investigate. Hickam prolongs the suspense in this cleverly constructed, richly detailed mystery peppered with colloquial dialogue and vivid characters. This pleasing book only reinforces his oeuvre. (Oct. 9) Forecast: A preview excerpt in The Coalwood Waypaperback (Sept.), an author tour (including a keynote speech at the Ohio Library Council Conference), promotion at Coalwood’s Annual October Sky Festival, an unabridged audiobook and large print editions, and Hickam’s popularity promise skyrocketing sales.
Copyright 2001 Cahners Business Information, Inc.

From School Library Journal
Adult/High School-Lucky readers of Rocket Boys (Delacorte, 1998), which became Hollywood’s hit October Sky, will welcome this final volume of Hickam’s trilogy about his youth in Coalwood, WV. He recounts how he headed off to Virginia Tech in 1960 to become an engineer so he could go to work for Wernher Von Braun. During his freshman year, his mother realized her dream of living in Myrtle Beach and Hickam, then 18, hoped for a summer of sand and girls. Instead, she sent him home because his father, a coal-mine superintendent, was in some kind of serious trouble that she didn’t explain and needed him. Hickam recalls feeling like an outsider after a year away but, in need of money, hired on at the mine over his father’s objections. The writing is so vivid and immediate that readers will feel as if they’ve spent the summer with Hickam as he learns much about his distant father, has a crush on an older female mining engineer with big plans for herself, and ultimately helps to solve the mystery of his dad’s trouble. All of his friends and neighbors will be like old friends, thanks to these colorful portraits. With a sharp eye and an ability to laugh at himself, Hickam offers a reading experience that is every bit as good as the first two. This coming-of-age tale celebrates the virtues of community and family without a hint of preachiness, and provides a rousing good story into the bargain.
Judy McAloon, Potomac Library, Prince William County, VA Copyright 2002 Cahners Business Information, Inc.