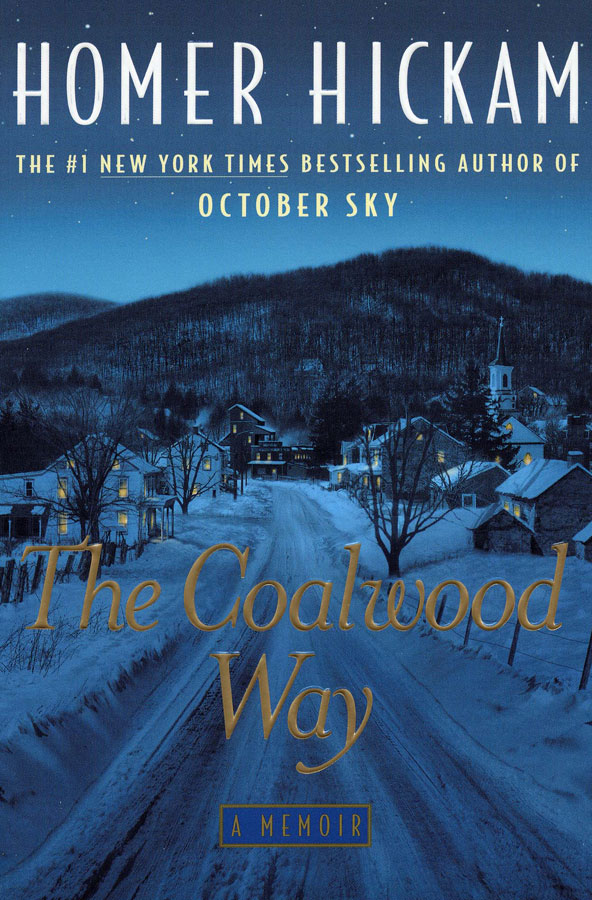 The Coalwood Way is a story of the Rocket Boys and Coalwood. Homer calls it an “equal,” rather than a sequel because the story happens during the same timeframe as the first book. All the Rocket Boys are back in this book along with a whole lot of other folks including Ginger, the Rocket Girl! A lot of people say The Coalwood Way should have been titled A Coalwood Christmas because it is really very much a Christmas story. We think you’ll like it any time of the year. Most people do!

From Publishers Weekly
In his best-selling memoir, Rocket Boys (which became the 1999 movie October Sky), former NASA engineer Hickam looked back at the mining town of Coalwood, WV, when the 1957 ascent of Sputnik prompted Sonny and his teenage pals to launch their own rockets and aim at the stars. This sequel is set in 1959, when Sonny is a high school senior, still sending up rockets at “Cape Coalwood,” at local launches that became full-scale social events with numerous spectators: “Even the Big Creek cheerleaders came, dressed in full uniform.” Hickam digs deeper into his own family life, recalling an ambivalent relationship with his father, the superintendent of the local mine: “My dad was, in many ways, [a] general, plotting strategy and tactics against an unyielding foe, the mine itself.” Hearing the constant miner’s cough in her own house, Hickam’s mother, Elsie, wants to leave the coal dust-covered community for the “fresh, clean air” of Myrtle Beach, since “she knew very well lung spots never got smaller, only bigger,” but Homer Sr. is determined to stay and save the mine. Amid the resulting household tension, Sonny suffers from an inexplicable sadness, despite his growing relationship with a local girl and his various science and writing projects. His recollections are occasionally reminiscent of the youthful exploits in tales by Jean Shepherd and Ray Bradbury, but Hickam’s voice is his own. Recalling a lost era, the transition between small-town life and the dawning of the new technological age, he brings his American hometown to life with vivid images, appealing characters and considerable literary magic.
(Oct.) Copyright 2000 Reed Business Information, Inc.

From Library Journal
In this follow-up to his acclaimed Rocket Boys, retired NASA engineer Hickam recounts tensions in his household during his last Christmas before college, even as the Rocket Boys are drafted to help celebrate the holidays with a really big bang.
Copyright 2000 Reed Business Information, Inc.